Bumble, the dating app where women call the shots. “Date, meet and network better” is the slogan of the app that takes on the establishment. The media talks about a win-win situation for both sexes but is it? With the Bumble app, the creators want to change the dating landscape and make it friendlier for the serious woman.
It puts the woman in control, not the man. If you don’t like this, then Bumble is not for you and you would be better off choosing another dating app like the one below. There you can make first contact as a man.

How does Bumble work? 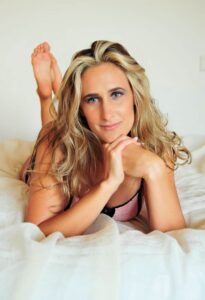 To use Bumble you first need to create an account. Once you have created your account then you can upload photos. The basic information for your account is taken from your Facebook profile such as your job and education. You can then specify a maximum distance so that you only see singles in the app that do not live too far away from you. Other than that, the app is as you would expect from a dating app. You see a profile picture of a user including the name, age, work and education. With this information, you have to make a decision whether to reject or approve of the person. Swipe right if you like someone, left if you want to quickly move on to the next photo. If one of the singles also likes you then there is a match. There is no pigeonhole that Bumble can be placed in. After all, it’s not just a dating app but much more. If you’re not looking for a partner, or a date, there’s more to Bumble. With the Bumble BFF and Bizz features, it steps out of dating circles to introduce people to other needs.

Short for “best friend forever,” BFF is a way to make new friends. With this mode enabled, Bumble pairs you with users of the same gender and who it thinks you can become friends with. Unlike in the dating section, both can start the conversation if there is a match. There is a time limit for approaching a match. Just like the BFF feature, Bizz allows you to meet new people. The difference is that the Bizz feature is about business contacts or people you can add to your career network. In the settings of the Bumble app, you can switch modes. So you can start dating, switch to BFF after a few minutes and finish your session with Bizz. You don’t have to use all the features. You may also only use BFF if you want to meet new people.

Have you finally found a match after a lot of swiping? Then you as a woman can directly contact the man but not vice versa. The women determine whether the first contact will be made. The woman has 24 hours to send the first message, the man then has 24 hours to answer the message. If it does not happen within the allotted time the match is cancelled. In this way Bumble rewrites the rules of online dating, where normally it is mainly the man who makes that first move. This is a unique rule that you won’t find in other apps.
It is therefore a woman-friendly dating app where troublesome men quickly leave the scene. The man cannot start a conversation with a female user. However, if you as a man have a more than average interest in a woman then once a day you can extend the contact for another 24 hours. For same sex connections such as lesbian matches or connections with friends, one of the two has to contact them within 24 hours before the match disappears forever.

Who is it for.

Bumble is also known as the dating app for feminists. Every day there is International Women’s Day because women have full control of the dating app. Although women have control, it is a place where anyone can go regardless of your gender or dating or friendship preferences. The dating app is focused on meeting heterosexuals but it is also possible to use the app as a gay person.
Connections between two people of the same sex are therefore also possible on Bumble. The app is mainly aimed at individuals who are looking for a serious relationship, more than the other dating apps. The concept with the exclusive right for women to make contact ensures that the rotten apples among the men are filtered out. As a man, however, there is also an advantage: you know immediately who is really interested in you and who is not.

Swiping right or left is something everyone is familiar with. With Bumble, things are then different once there is a match. It is then up to the woman to take the lead and make the first move by sending a message. The simple rule prohibiting men from taking the initiative exists for several reasons. It is meant to inspire women to learn how to make the first move but it also gives the women more power and control within the app. Another unmissable reason is that it is an age-old problem to occur on dating apps; men who bombard women’s messages.

Collecting matches like with Tinder to boast to friends or colleagues is not in Bumble. The matches that you have are limited to a period of 24 hours. If no first message is sent by the woman within this time, the mátch expires. Contact between both users is then no longer possible, unless the man would like to extend this period. As a man you can pay to have the match exist for an additional 24-hour period.

It’s not just for straight people 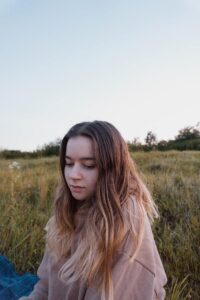 As one of the only dating apps, Bumble does not require you to disclose your sexuality. You only need to indicate your preference; men, women or both. The app then presents you with these profiles. If there is a match between two men or two women then the basic rule of “the woman opens the conversation” does not apply. Both can open the conversation after a match.

Nobody likes the catfish and Bumble certainly doesn’t. To separate the wheat from the chaff, you can rely on the additional verification. Users of the app can verify themselves by taking a picture of themselves in a certain motion. If the verification of your profile succeeds then you are rewarded with a checkmark added to your profile. Others then know that you are the “real deal”.

superswipe payWhile traditional dating sites always asked for a monthly fee, Tinder broke open the market by offering the app completely free. It ushered in a new era where singles no longer had to pay a single penny for online dating. Since then, Tinder has introduced a range of paid features and subscriptions for users who want more options, while the basic functions are still free.
The exact same thing applies to Bumble. The feminist dating app is free to use but if you want to make use of all the features then you are asked for a fee. In other words, if you don’t want to pay for anything then you don’t have to. You only pay if you want to. Additional features that Bumble offers include the Bumble Boost, which allows you to swipe between profiles of people who liked you before.

The Bumble Boost is a premium feature that comes with a fee. With the feature it is possible to see who has liked you. You then do not have to meet these persons in the swipe game but you can match with these persons directly. The Boost feature also makes it possible to be matched again with the connections that have expired. As an added bonus, you can also decide if you want to extend a match or not.

To try out Bumble, you must of course download the app. It is available in the Google Play and Apple app stores. You can login with your Facebook account. At the moment, it is not yet possible to sign up in any other way. The Bumble app is user-friendly and works like any swipe app, showing you photos of other users that you can swipe left and right.

Feel like not dating or engaging with other people for a while? With Bumble, you don’t have to delete your profile, but you can take a break from your activities. You can do this with the Bumble Snooze feature. Useful for when you go on vacation or get caught up in a series of deadlines at work. You put your profile on pause with Bumble Snooze while keeping all your contacts.

Bumble presents itself as the direct competitor of Tinder. This is not surprising since the three founders of the dating app are former employees of Tinder. According to the app’s creators, Bumble is less superficial and has higher standards and values.
Developed by Whitney Wolfe, a co-founder of Tinder, and backed by the capital of Badoo owner Adreev, Bumble is now worth more than $1 billion. While the growth continues, the employees of the company behind the app are far from counting money. The growth is substantiated by the constant series of updates being rolled out to meet the needs of users. In the United States, it is already one of the most popular dating apps today.