If someone has become single again after a broken relationship then the saying “there are still more fish in the pond” comes up regularly. The people at PlentyOfFish completely agree with this. This originally American dating site is rising above its national borders and is now used by over 90 million members worldwide. With years of experience in bringing singles together, this is an app where you can find your happiness at no cost. Where POF has a loyal and large member base in the United States it does not come close to a dating app like this in the Netherlands. 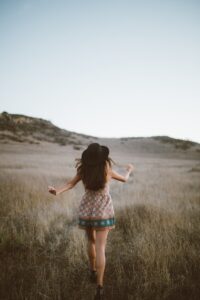 Already tried a traditional dating site knows how to get by on PlentyOfFish with ease. The first step is to become a member by filling out your information. To create an account POF needs some information from you including a self made username. Once you have filled in your details you can fill in your profile which other users can see. Pay attention; your profile is your business card to invite other users to send you a message.
As an extra you can take the Chemistry Test, also called personality test, POF matches you with singles who should fit you. It looks at five broad dimensions of how you are as a person and what effect this has on a stable relationship. Based on this information you will be matched with other members. Of course you can also look for other members yourself. You can search on the other side of the world but also in your neighborhood. Using the advanced search function you can filter in detail so that a select group of singles remains that fully meet your needs. In practice, however, it is better to use the “Meet Me” function that allows you to find members near you. Whereas POF was initially only available through the website, it is now also available as an app. A dating app is well into the 21st century and it’s impossible to imagine a situation without it in the range of possibilities and fortunately POF fulfills this wish. POF’s dating app is available for download in the Google Play and Apple App Store.

The success of dating apps like Tinder and Happn has largely to do with the free service. After all, who wants to pay for something when you can do it for free? At Plenty of Fish, even on a small budget, you don’t have to worry about high costs. This is because this dating site and app is also completely free to use. As a free member you can do quite a lot at POF. You can take the personality test and be matched to other members but you can also search for free members in your area. If you then want to send someone a message you still don’t have to pay. Receiving, reading and sending messages is free. According to POF this will always remain free as well. 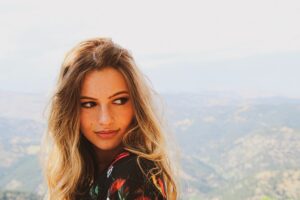 The best and fastest way to be successful on POF is the upgraded membership. This is a paid membership that allows you to rise above the rest in several ways. You can upload more images, up to 16, and you will appear at the top of the profile list in the MeetMe. New users will then see you as one of the first members after signing up. There are more exclusive benefits that you can enjoy with this membership. For example, you can unlock the extended profile of each user, use the website ad-free, see who viewed your profile, send three gifts per day, search by user name but also see who wants to meet you. In short, with this membership you get the most out of your time on POF.

The PlentyOfFish dating site has been around for quite a few years. In fact, it is one of the first dating sites that became known to the general public in the United States. The dating site was originally founded in 2003 by founder Markus Frind. Behind the dating site is the classic story of Frind who managed to acquire ten million users while running the website from his bedroom.

Now 15 years on, the dating site has developed in many ways with many more employees but also is now available in nine different languages. In addition, there are over an impressive 70,000 new signups daily with a total of over 90 million registered members. The ownership of the dating site is currently held by Plentyoffish Media Inc1. This company in turn is part of Match Group. This is the largest dating related company in the world that has several brands under its belt such as Tinder, OkCupid and Meeti

With your permission, our advertisers place “tracking cookies” on your equipment. They use these cookies to keep track of which pages from their network you visit, in order to build a profile of your online surfing behavior. This profile is partly built on the basis of similar information they receive from your visits to other websites from their network. This profile is not linked to your name, address, email address and the like, but only serves to tailor advertisements to your profile so that they are as relevant to you as possible. These tracking cookies are not placed when you visit our website but only if you visit a website via a link on this website.

More information about enabling, disabling and deleting cookies can be found in the instructions and/or by using the Help function of your browser. Some tracking cookies are placed by third parties who, among other things, display advertisements to you through our website. You can remove these cookies centrally via Your Online Choices so they are not placed back on a third-party website.