Zoosk is known to many people through its connection to Facebook. The dating site has long advertised extensively on Facebook and has built a name for itself in the dating scene as a result. Members of all ages from 18+ are welcome and can use the many features of the dating network. Whether you are looking for a quick date, an in-depth conversation with one of the members or a permanent relationship; there is something for everyone at Zoosk.

How does Zoosk work? 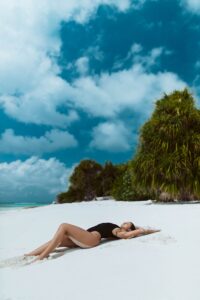 Signing up with Zoosk can be done in three ways; with the Facebook login, Google+ account or by filling in your details. If you have registered with the dating site you can complete your profile with your details. Of course you can also add your best photos. Other members see your photos so it is smart to only add the very best photos. After completing your profile, you can start looking for the man or woman of your dreams. You can do this by using the search function after which you will receive a list of profiles with singles that meet your requirements. Once you have found someone you would like to connect with you can send them a message, a wink or a chat request. The Online Now function shows you all members who are currently online and the Carousel can be used in the Tinder way. If you and the other person like each other then there is a match. However, you can only view this after paying with Zoosk coins. Zoosk uses intelligent technology. This is called Behavioral Matchmaking™. This technology learns from how daters interact with each other to deliver even better matches that really suit you.

Zoosk appThe Zoosk coins are virtual coins that you can use for different purposes. For example, you can use the coins for the Boost function with which your popularity rises immediately. For example, you will be placed at the top of the singles list and your messages will be preferred. With coins you can also find out who has liked you in the Carousel game. This is useful if you quickly want to know who likes you. The Zoosk coins can also be used for virtual gifts and a read receipt for the messages you send.

Many of Zoosk’s features are only available to paying members. As a free member you can’t do much on the dating site. Sending messages and chatting is only possible as a paying member, not as a free member. You can use some features as a free member by paying Zoosk coins. However, the free membership gives you a good idea of what is possible on the dating site. If you want to move on to action then a payment is required. The dating app of Zoosk is what it is all about. The app is available in 80 countries and has been translated to 25 languages although of course for you it is only the Dutch language. Of course, the Dutch language is also supported by the app. When it comes to the revenue from the app it is in the top of the dating apps where it has been on the first place for a long time. Zoosk has been around for a while in the online dating world since it was founded back in 20017. The headquarters of the dating site can be found in San Francisco. Currently, Zoosk has more than 38 million members worldwide who send more than 3 million messages every day.

MeetMe: the social app where you can chat and find people nearby. When it comes to dating apps there is no shortage of newcomers, but MeetMe does not fall under this category. In fact, it was originally designed exclusively for making friends, and that’s still more or less the thrust: the social element.
Although MeetMe was founded back in 2005, today it is still a way to connect with others. Some use it to date, others for a nice conversation. Today, MeetMe has over 100 million members while thousands more are added every day. If you are purely concerned with online dating, MeetMe may not be the best option. Better known dating apps, like the dating app below, have more members in the Netherlands who are members for dating.

How does MeetMe work? 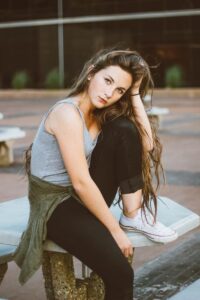 Creating an account is a snap. New members can join using the Facebook link or simply with your email address and some additional information. For your profile, initially only the basic information is required including a photo. Later you can add detailed information about yourself if you wish. If you have made the connection with Facebook then you can import photos from your Facebook profile. Doing it with your email address? Then you can upload photos from your smartphone or tablet. Using the standard ‘Local’ search, you can search for members in your area. This is no different from other (dating) apps. The local search feature allows you to identify people within a certain age range or who are close to the location you are in. They are all displayed in a grid with photos; filters allow you to set who should be shown. You can select men, women, or both. And in addition, you can filter by age, location and you can indicate if you have a preference for the relationship status.

The MeetMe app is for everyone: regardless of your age, nationality and background. Actually it is almost everyone, if you are younger than 13 then you cannot become a member of the dating app. Of course, as a Dutch person you are welcome on the dating app. The focus at MeetMe is on meeting new friends, not on staying in touch with your current friends or those from your past. It is not Facebook, Instagram or Snapchat. MeetMe is a so-called social discovery network where you can meet new people you won’t meet on the street.

MeetMe is more than a dating app. And because of this, you can do a lot more than just “dating”. As such, it has more of the entertainment factor than many other apps you see today. It may seem like MeetMe is a relatively new app, thanks to all the live chat capabilities, but the reality is that MeetMe has been around for quite a few years.
For example, MeetMe was founded back in 2005 by a brother and sister named Catherine and David Cook. At the time, it was still called myYearbook and was a website that resembled today’s app in very few ways. After only a few months, the website was known to thousands of American youth from many schools and the growth spurt was unstoppable. Within a short period of time, 100 employees were hired, there was a $17 million financial injection and the website grew to millions of members. MeetMe is now part of the well-known The Meet Group: a company that also manages Skout, Lovoo and Tagged, among others.
15 years after the original introduction of MeetMe, the company has grown into a global player. And not without reason. Year after year, the company introduces new features adapted to the current demand of singles and non-singles. For example, MeetMe was early to introduce 1-on-1 video chat, is at the forefront of the livestreaming trend and, as part of WePROTECT, is active in improving user safety.